War Against Malaria Rages On 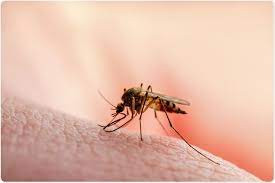 I was at the just concluded Annual Meeting of the American Society for Tropical Medicine and Hygiene (ASTMH) held in Seattle, WA. The topic that received most attention at the conference was the ongoing battle against Malaria, the most challenging public health crisis faced by the mankind.

Modern medical research has claimed modest, but incomplete victory against the daunting challenges of preventing the spread of malaria in large parts of the developing world, new and more effective antimalarial drugs, and other community-level interventions. To only make matters worse, COVID-19 pandemic further accentuated malaria crisis due to reduced medical interventions and community level preventive measures. Public health agencies and scientists mostly from the regions of the world where malaria is endemic provided first-hand presentations of clinical case studies, public health and epidemiologic investigations, community level vector control, and challenges in treating malaria cases due to resistance to the most widely used antimalarial drugs.

With not much progress to report on the war against malaria, I will highlight topics covered at the conference with serious implications on health security and global health.

According to the World Health Organization report, in 2020, there were 241 million cases of malaria worldwide with an estimated 627,000 fatalities with countries in Africa carrying a large, disproportionate share of the disease burden, and accounting for 95% of all reported cases and 96% of all deaths. The number of reported cases of malaria and associated fatalities remains stubbornly high and may be on an ascent. As revealed from the 2018 statistics, there were 228 million clinical cases of malaria worldwide with an estimated 405,000 fatalities. Public health agencies worldwide, and particularly in the sub-Saharan African region use rapid diagnostic tests and aggressive intervention with anti-malarial drugs, although these strategies have had limited success in reducing the number of malaria clinical cases and associated mortality.

Breaking transmission of malaria in high-risk populations and target countries remains a major global challenge. A study from Senegal pointed out a mere 35% increase in the use of bed-net at night preventing infected mosquito bite and transmit malaria pathogen reduced malaria incidence by 11% which in absolute numbers is an impressive reduction of malaria cases.

Infectious diseases have no national barriers. COVID-19 pandemic was a glaring illustration of the borderless nature of emerging diseases epidemic. Parasites Without Borders is a humanitarian organization promoting awareness, clinical information, and education on all aspects of parasitic diseases prevalent worldwide and offer educational materials and resources to those who are in a position to apply that knowledge directly to populations in need of solutions to combat the public health disease burden of parasitic diseases. Public awareness and community-level interventions towards early-stage diagnosis, vector-control measures, and access to rapid medical intervention to treat malaria patients hold considerable promise in meeting the health security challenges posed by malaria.

Impact of COVID on malaria

Applying spatiotemporal models investigators established a baseline level of malaria in African regions in the absence of COVID-19 related disruptions to assess the effectiveness of antimalarial treatments and use of insecticide treated nets to minimize vector contacts.

Investigators estimated a baseline level of 215 million cases and 386 thousand deaths across malaria-endemic regions in Africa in 2020 without any disruptions. However, a scenario where quarantine and travel restrictions due to COVID pandemic causing a 25% reduction in antimalarial drug treatment would increase malaria cases to 224 million cases of malaria and 487 thousand deaths; a scenario causing a 50% reduction in antimalarial treatment would result in 233 million cases of malaria and 597 thousand deaths; and a 75% reduction in antimalarial treatment result in 242 million cases and 715 thousand deaths. According to these scenarios-based projections, COVID-19-related disruptions in the malaria-endemic regions of Africa could almost double the number of malaria cases and deaths in 2020 and the trend continuing through the next few years. An indirect adverse effect of COVID-19 that did not get much public attention was the serious damage caused in containing other major infectious diseases such as malaria.

African countries where malaria is endemic are beset with public health capacity shortages, which were further exacerbated by the COVID-19 pandemic creating a much greater demand for limited public health and hospital resources for malaria related primary care. My conversations with the WHO officials working in Burundi and Nigeria pointed out lack of trained workforce across the region to meet baseline demands for malaria related interventions which was further stretched thin due to demands placed by the COVID-19 pandemic. Trained front-line workforce, hospital technicians, health-system administrators, hospital support staff and trainers were in serious short supply, which forced WHO and local health agencies to deploy inadequately trained individuals to engage in logistical support for medical intervention delivery. Global supply chain disruptions created shortages and delivery of all medical essential commodities, drugs, bed-nets, diagnostic kits, insecticides, and other critical commodities.

The WHO Global Malaria Program issued a warning to the malaria-endemic regions in Africa to aggressively tackle the COVID-19 and simultaneously ensure other major infectious disease are not neglected in the process.

New drugs to treat malaria and vaccines to break transmission of the disease continue to remain as the major focus of the global public health and scientific communities, although there are no breakthroughs yet on both fronts—new drugs to treat malaria as well as vaccines that break disease transmission. The real major problems confronting humanity are the resistance to widely used antimalarial drugs to treat patients and mosquito resistance to most commonly used insecticides. Without a total extermination strategy for mosquitoes, we are faced with the bleak prospect of malaria ravaging disease endemic regions of the world.

Artemisinin, the frontline drug therapy to treat malaria, is less effective due to resistance. Investigators are reporting failure of artemisinin combination therapies in Southeast Asia, posing a major health security threat to efforts to control and eliminate malaria. Field investigations reveal a specific mutation in malaria parasite prevalent in parts of Western Cambodia in Southeast Asia has resulted in failure to cure nearly 50% of the patients treated with artemisinin combination therapy.

There are recent reports of clinical resistance to artemisinin in the Africa, which is a much more problematic public health challenge, and one that global public health community fervently hoped not to see.

A recent study published in the New England Journal of Medicine reports on a longitudinal study on malaria patients in Northern Uganda treated with intravenous artemisinin derivative. Apart from the clinical investigation, they performed laboratory experiments to assess susceptibility of the parasite to artemisinin derivative drug. The results indicated that from 2017 to 2019 a total of 240 patients received intravenous artesunate of which 14 patients had a drug-resistant infection, 13 of which were infected with a mutated parasite carrying mutation on a specific gene conferring resistance to the antimalarial drug. Mutated parasites tend to remain for longer periods of time in patients resulting in extended and in some cases resulting in more severe clinical symptoms. Individuals infected with parasites resistant to the most widely used frontline therapy have very few alternate options as there are no other antimalarial drugs available and with few treatment options.

Researchers are using parasite survival after 5 hours of treatment as the basis for determining if the patient has contracted a resistant version of malaria. The longer parasite remains alive after treatment the greater is its resistance to the antimalarial drug is the underlying logic to define presence of drug resistant malaria in a community. In the case of Southeast Asia where drug-resistant malaria prevails, the half-life of drug-resistant mutant in Southeast Asian population is around 5.3 hours, whereas in Uganda the half-life was 2.76 hours, which is considerably shorter than the 5-hour standard used in Southeast Asia.

Malaria prevalence and transmission in Africa is far more complex and prevalent environmental conditions and public health systems create additional barriers to determine the drug-resistant malaria in the region. However, preliminary data seem to indicate appearance of parasite resistance to frontline drugs used to treat malaria. Artemisinin resistance in Africa will be a major global public health crisis, as over 90% of the malaria cases and deaths are reported from Africa. Artemisinin-based combination therapy is the first line treatment of choice in countries where the disease is endemic. These two factors alone make antimalarial drug resistance in Africa a serious threat to malaria control worldwide.

ASTMH 2022 was a gathering of key stakeholders—scientists, medical and public health professionals, government agencies, philanthropies, and non-governmental organizations—from around the world embodying the united front of humanity in combat against malaria. The battle against malaria rages on with only a modest progress to report and no clear end in sight.

11.07.22
Typhoid conjugate vaccine effectiveness in Malawi: An evaluation of the test-negative design