Insights from the U.S. Global Malaria Coordinator at TropMed22

David Walton, MD, MPH, is the U.S. Global Malaria Coordinator for the U.S. President’s Malaria Initiative (PMI). We spoke with Dr. Walton about his thoughts on TropMed22 and the field and what’s to come with PMI. 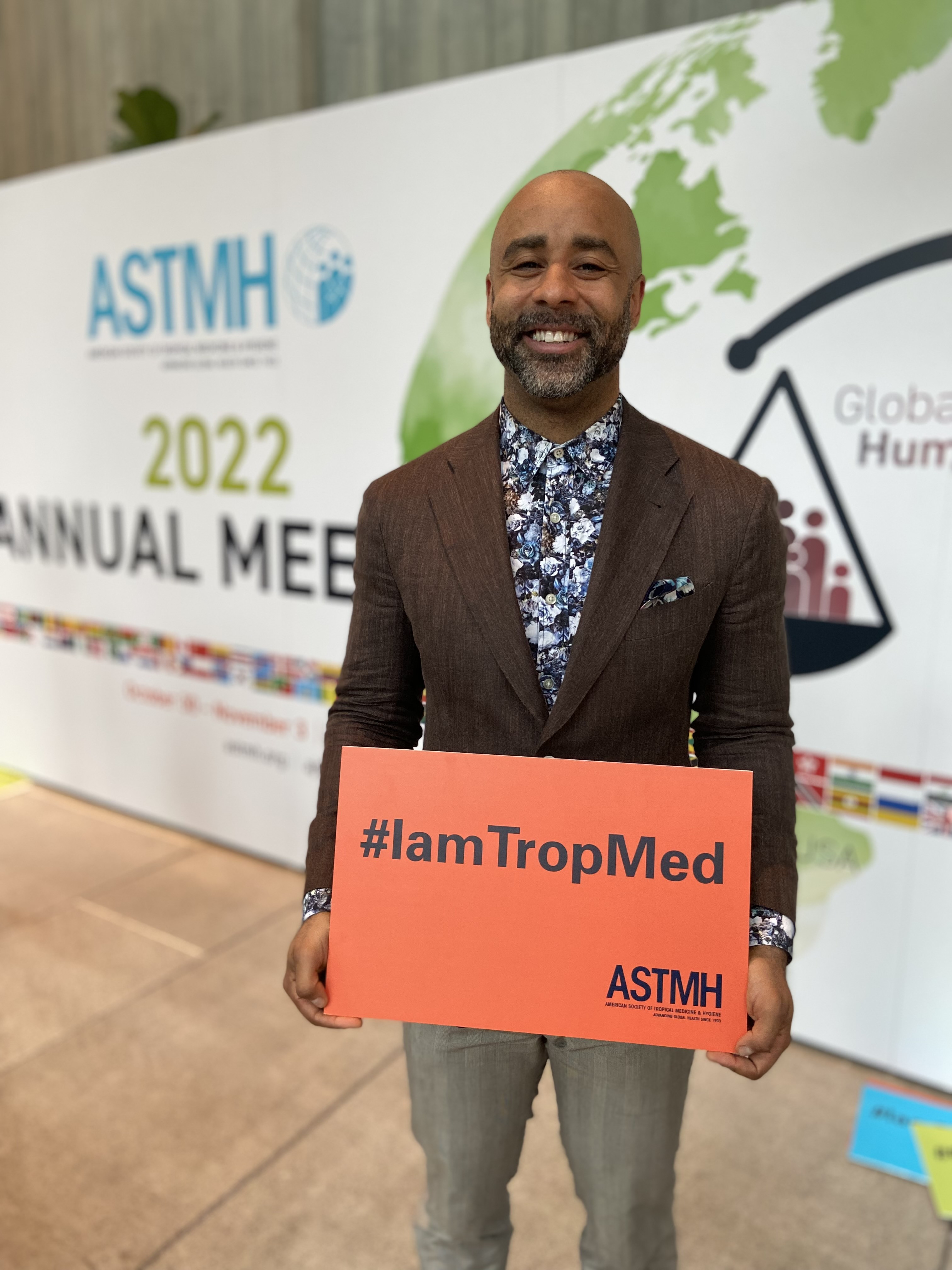 Why do you consider it important to be here at the ASTMH Annual Meeting?

This is the first time we all have been together in person in three years, and that is really worth celebrating! Seeing and connecting with colleagues from around the world has been wonderful. ASTMH for many years has served as the conduit for experts in the scientific community that are best in the field to gather and talk about new discoveries, ongoing challenges, and solving and ending our world’s most challenging tropical diseases. From researchers to students to ministries of health and donors, we are unified by a single mission to accelerate the pace of ending diseases, like malaria, and saving lives. There is power in gathering as a scientific community to celebrate our collective achievements over what has been an incredibly challenging few years.

The meeting has also served as a sobering reminder that the hard-won gains in reducing deaths and illness from malaria are constantly under threat. The impact of COVID continues to reverberate through health systems around the world. We also face new threats.

One example is the emergence of the Anopheles stephensi mosquito, which was previously mainly found in South Asia and the Arabian Peninsula. While it is not a new mosquito, its emergence in east Africa further threatens progress in the fight against malaria. Antimalarial resistance also poses a considerable threat.

That said, against the backdrop of these challenges, it has been inspiring to hear about the latest innovations in new tools like malaria vaccines, new types of nets, insecticides and medicines to overcome insecticide and drug resistance. As a global community, we have contributed to saving 10.6 million lives and prevented 1.7 billion cases of malaria since 2000 by delivering cost-effective interventions. I am confident that through continued innovation, partnership and commitment we will continue to make progress. We know what works, and we have the tools and expertise to end malaria. However, the global community must challenge itself to respond to ongoing and emerging threats, and donors and the private sector must invest in reducing and ending malaria.

What would you like malaria researchers to know about PMI’s priorities and the work you are doing?

PMI launched its 2021-2026 “Ending Malaria Faster'' strategy where the key priority and focus areas are articulated. One of the important elements in the strategy is to “innovate and lead” by leveraging new tools, optimizing existing tools and shaping global priorities to end malaria faster. The malaria vaccine is a promising new tool which has the potential to save tens of thousands of vulnerable children’s lives from malaria when deployed in combination with existing tools. PMI looks forward to working with global partners to integrate this valuable new tool into comprehensive malaria programs in moderate- and high- malaria transmission settings.

Another focus area in the current strategy is to invest locally, and PMI sees an opportunity with the overlap between “Leading and Innovating” and “Investing Locally” to contribute to more inclusive innovation. Specifically, PMI intends to expand its partnerships with local research institutions and innovators to strengthen and support local innovation ecosystems. This will ensure that endemic-country innovators are leading the way in ending malaria.

PMI-supported operational research is often preceded by or includes acceptability and/or feasibility studies to capture end users’ perspectives on new innovations or approaches to malaria control. Examples have included new insecticides and application methods for indoor residual spraying, housing modification and personal protection measures used by forest-goers. PMI sees the importance of co-developing operational research jointly with endemic-country researchers and academics to focus on local solutions. PMI has been collaborating with African malaria researchers and national malaria programs to monitor drug resistance in Africa since the start of the Initiative. Through PMI’s support, the Antimalarial Resistance Monitoring in Africa (PARMA) network was established in 2015 so malaria experts across Africa and the United States can work together to quickly identify emerging resistance and adapt treatment practices if necessary.

PMI will continue to support deployment of effective current interventions that are the foundation of malaria control and prevention and ensure that the quality and coverage of these interventions is yielding maximum benefits. At the same time, we will help countries to tailor and target newer interventions on top of the core set of tools most appropriately based on data to end one of the world’s oldest and deadliest diseases.

11.07.22
Typhoid conjugate vaccine effectiveness in Malawi: An evaluation of the test-negative design