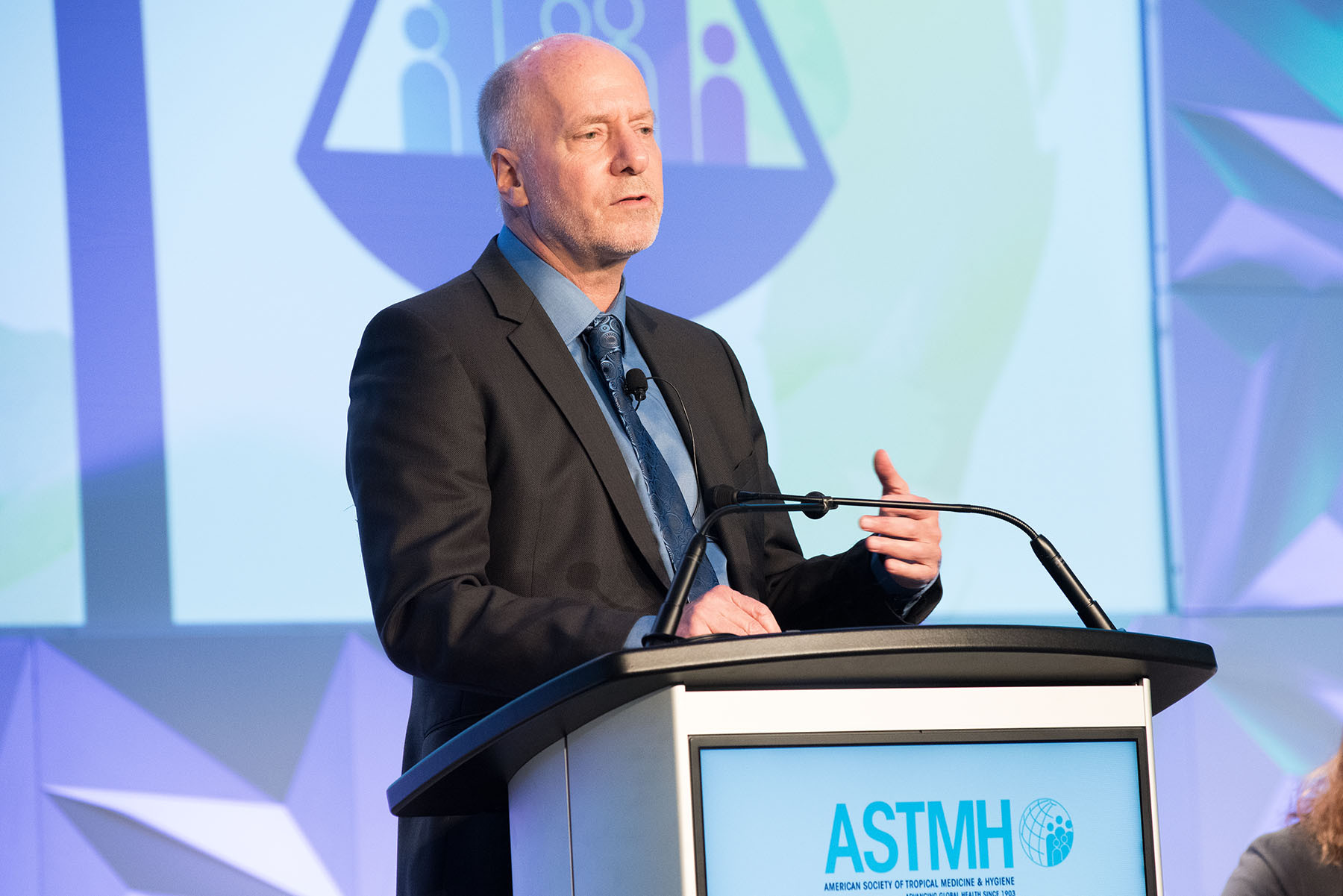 “I believe that, recognized or not, human rights are why you chose this field and work so hard and why you are a member of this Society and sitting here today,” Bausch said during his President’s Address, delivered in Seattle at #TropMed22.

Bausch said that over the next year the Society will review its strategic plan and scientific program to ensure a greater focus on human rights as “inseparable” from tropical medicine.

He traced his personal awareness of this vital link to his student days in the 1980s, when he served as president of an Amnesty International chapter at Loyola Stritch School of Medicine near Chicago. It brought him into contact with young community health workers from El Salvador who were often at risk of political violence because their advocacy for access to healthcare could be viewed by right-wing death squads as “leftist and subversive.” He would later work in the country in 1991 to assist in fighting a cholera outbreak.

“There were hundreds of patients per day,” Bausch said. “It was my first time working in an isolation and treatment center, this one for cholera, but somewhat akin to what I would do years later for Ebola and Marburg. Now the connection between tropical diseases and the underlying socio-political context and conditions was also becoming clear.”

It would inspire his first formal contribution to an ASTMH Annual Meeting program, a symposium entitled “Social and Political Issues in Tropical Medicine.”

Bausch said that while most ASTMH members primarily identify as scientists, there are two key reasons why they must also be “ambassadors and advocates for human rights.” First, Bausch noted that in a contemporary society rife with mistrust, scientists, clinicians and healthcare workers still command a high degree of respect.

“Second and most importantly, human rights advocacy falls within your job precisely because you are scientists and healthcare workers,” he said. “Your science is dedicated to intervention and change, to making lives happier and healthier and longer.”

He proposed five actions for Society members to pursue:

Bausch said he understands that many Society members today feel helpless in the face of challenges in the wider world that are seemingly coming from all sides—and may simply want to focus on a particular disease. He said when he feels these emotions, he draws on wisdom from “the two famous Pauls.”

Bausch said he looks to the Apostle Paul, who said, “I have fought the good fight, I have finished the race, I have kept the faith.” He also reflects on words from the late Paul Farmer, the co-founder of Partners in Health, who said: “We want to be on the winning team. But at the risk of turning our backs on the losers, no, it’s not worth it. So we fight the long defeat.”

“I take comfort,” Bausch said, “in that whether we win or not, we fight the good fight, the ‘long defeat,’ continuing to advance our scientific agendas and keeping our eyes on our goal of making humans and our planet healthier.”