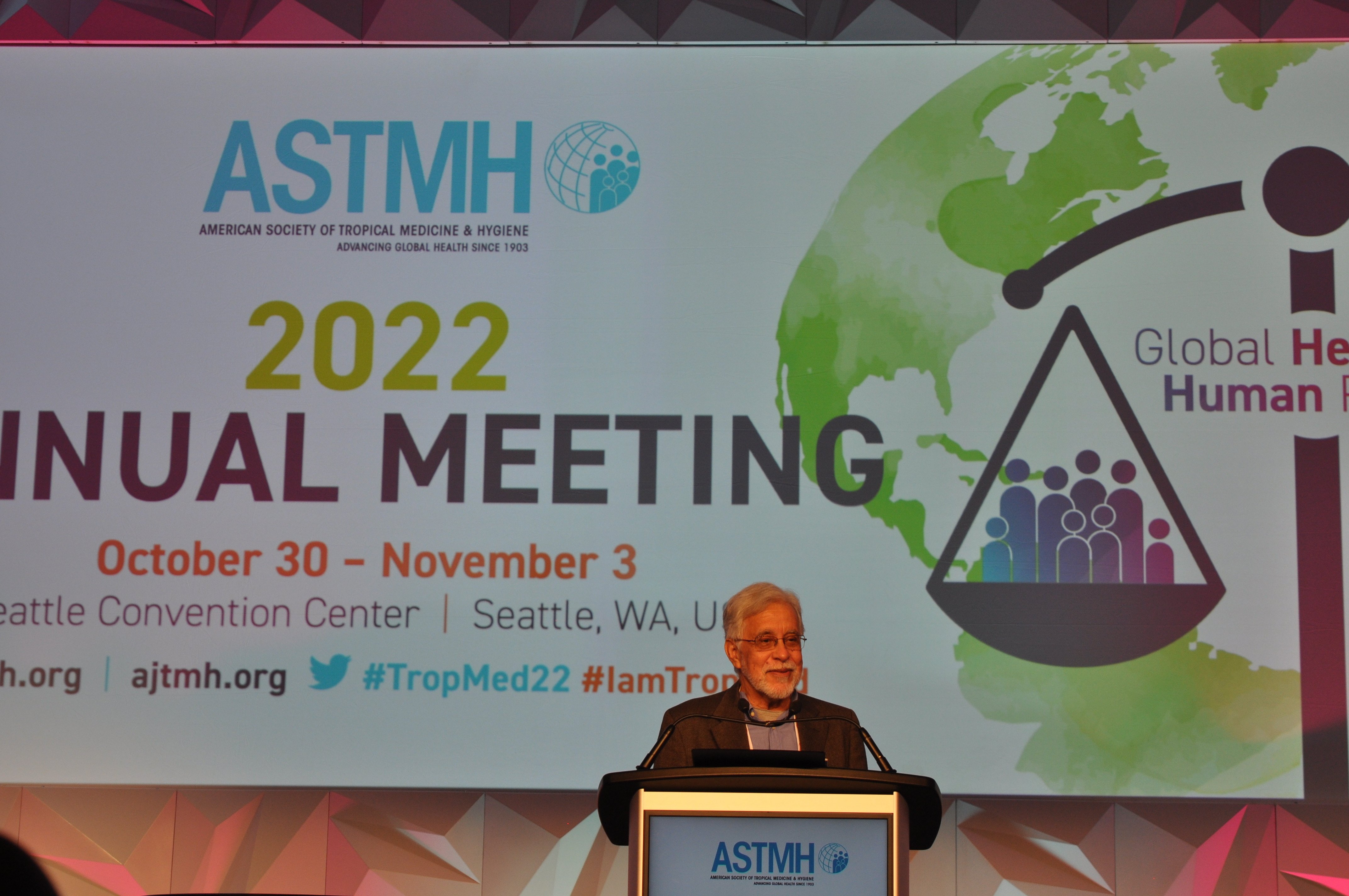 As the clocked ticked down Sunday to the official launch of TropMed2022 in Seattle, its keynote speaker for the opening plenary session was closely attuned to an election thousands of miles and a hemisphere away. He was seeking insights that he believes could affect the health of millions of historically disenfranchised people in Latin America’s largest country.

“Thankfully the Brazilian people…just elected a president that gives hope for a new democratic cycle…and a new period of improvement in the health of the population will begin,” said Maurício L. Barreto, MD, PhD, an emeritus professor at Universidade Federal da Bahia in Brazil and a senior investigator of Fundação Oswaldo Cruz (Fiocruz). He was speaking about Brazil’s election Sunday of Luiz Inácio Lula da Silva to be the country’s next president over Jair Bolsonaro.

Dr. Barreto has dedicated his career to generating data linking social policies to health outcomes as part of what he described as Brazil’s centuries-long struggle to achieve progress at the “intersection of democracy, poverty, inequality, social justice, human rights and health.” Over the last few years, he has led the groundbreaking The 100 Million Brazilian Cohort” project. He noted that the database, which now includes health, social and economic insights on some 130 million Brazilians, has “provided unparalleled power” to examine in great detail a wide range of health outcomes—including infant mortality, diarrheal disease, leprosy, suicide, Zika, and tuberculosis—among  economically and socially disadvantaged groups.

Dr. Barreto said the link between social inequality and health inequality in Brazil can be traced to the country’s beginning in the 1500s. He pointed to the toxic mix of enslavements, massacres and diseases that produced an “indigenous genocide”---and the persistent racial inequalities that continued to manifest as poor health outcomes well into the late 20th century.

But Dr. Barreto said that, after the end of its military dictatorship in 1985, Brazil entered what he called “its second act.” He characterized it as a period that was focused on “rebuilding our democracy” and moving toward more “equitable social and health policies.” It included a constitutional commitment to “health as a right for all Brazilians,” expanding water and sanitation services, and developing a family health program and cash support payment initiative, both targeting disadvantaged communities.

Then, in 2015, he said Brazil entered an unfortunate third act, one that featured “austerity measures” in which “everything directed at equity was cut.”

“At the moment they were implemented, it changed the curve,” he said. “The effects on health were very clear.”

On Sunday in Seattle at TropMed22, Dr. Barreto expressed hope that the electoral loss of the government that instituted these regressive policies signals a desire to return to a “virtuous interaction between pro-equity policies and improved health.”

“Today is a great day for Brazil,” he said.