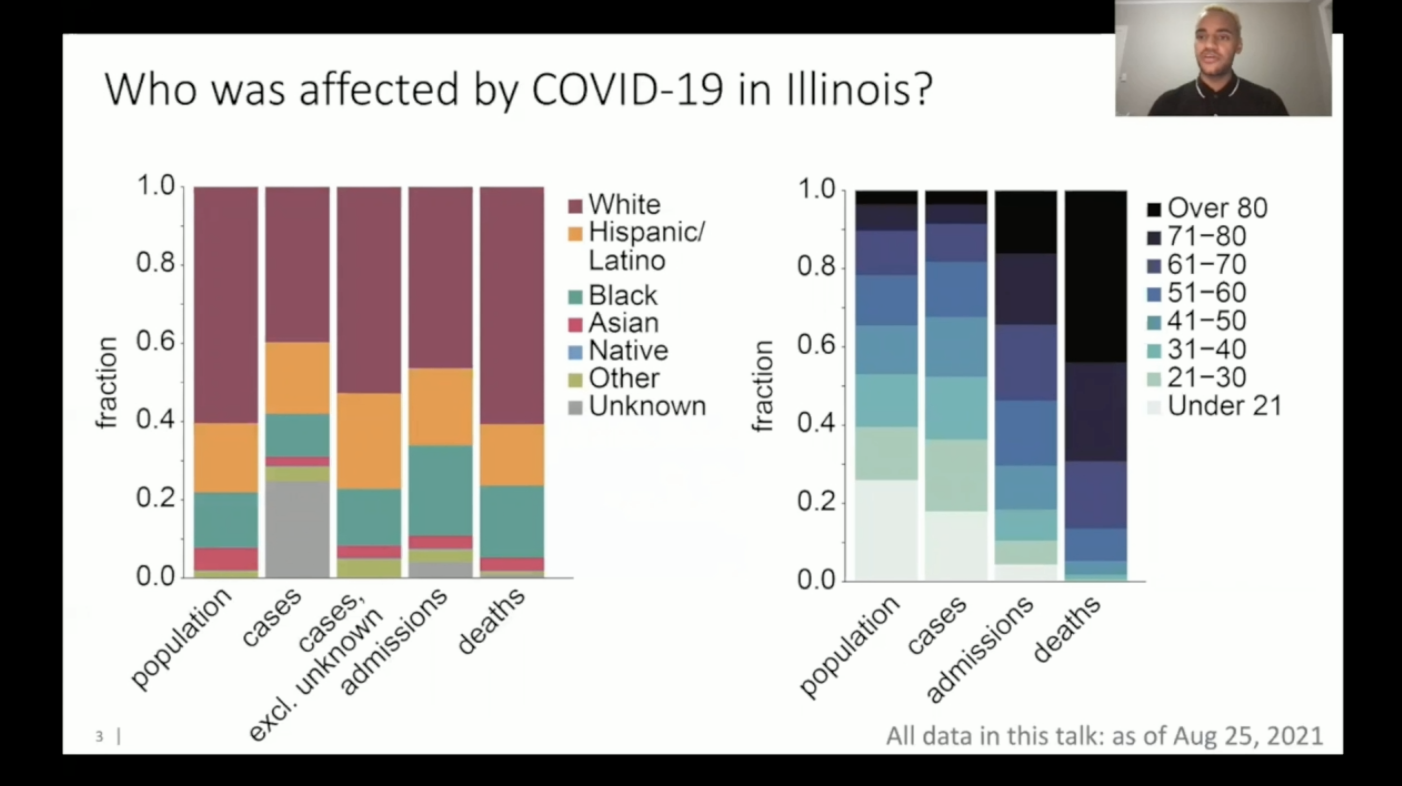 In Illinois, a higher risk of death from COVID-19 for Black and Hispanic/Latinx individuals under age 50 is tied to a history of racism that makes it more likely people in these communities live in crowded conditions, work jobs with a high risk of exposure and face barriers in accessing healthcare, according to research presented Thursday at #TropMed21.

Tobias Holden, an MD-PhD student at Northwestern University, said that it was striking to see the risk of deaths in Black and Hispanic/Latinx communities diverge so sharply from white communities even among relatively younger age groups—people under 50 who  are generally considered to be less vulnerable to suffering severe COVID-19 disease.

“There is clearly a difference in who is dying,” he said.

Mr. Holden and his colleagues found that the disparities are primarily the result of unequal exposure to a risk of becoming infected with the disease.

He said that understanding why Black and Hispanic/Latinx individuals are more likely to encounter the virus than white people requires exploring a link between exposure risk and structural racism.

Structural racism, he said, involves a long history of discrimination in housing, employment and the criminal justice system. This history, he said, is manifest in a number of situations in the present day that facilitate the spread of infectious diseases. They include the fact that Black and Hispanic/Latinx individuals are more likely than whites to live in crowded conditions, work jobs that require being onsite and in regular contact with a large number of people, or be incarcerated.

Meanwhile, Mr. Holden said alongside exposure risks, challenges with obtaining treatment are also likely a factor given the well-known disparities in access to healthcare.

“A structural racism framework can help us begin to explore the drivers of disparities” widely observed during the pandemic in Illinois and across the United States, he said.

Mr. Holden said a key reason he and his colleagues pursued their analysis is to underscore the fact that progress toward health equity requires understanding and addressing how a history of racist policies and attitudes affects vulnerabilities to a number of health challenges.