An Insightful and Inspiring Conversation with NIH Director Francis Collins 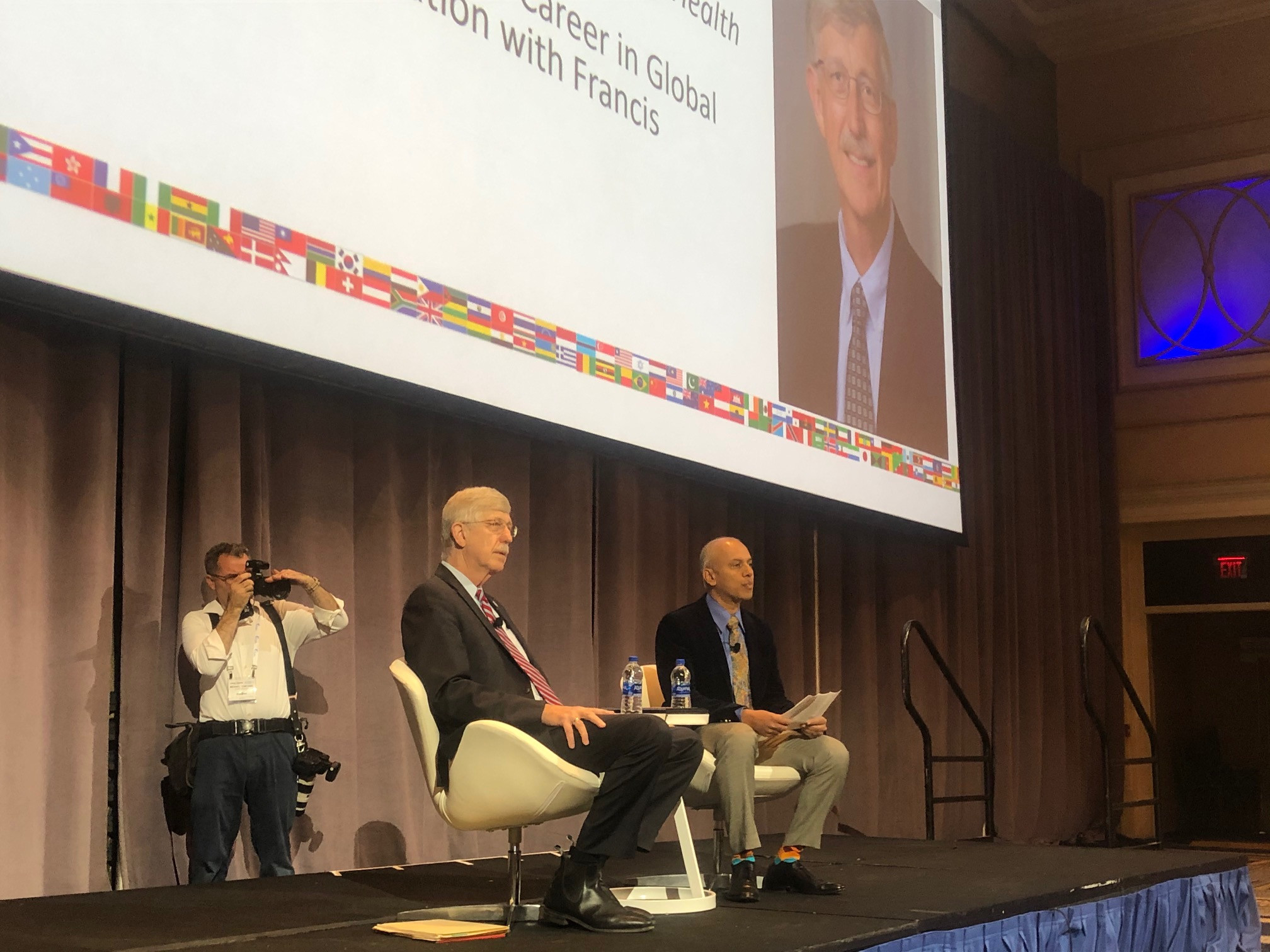 New trainees entering the world of biomedical research and global health should have big dreams and ambitious plans, but however it plays out, always remember that the work ultimately comes down to making life better for one person at a time.

That was a key message from NIH Director Francis Collins, MD, PhD, whose conversation Friday at TropMed with ASTMH President Chandy C. John, MD, FASTMH, before an audience of early-career trainees involved an often moving mix of the insightful and inspirational.

A poignant moment came as Collins offered an emotional recollection of an encounter with a patient at a hospital in Nigeria decades ago that continues to provide a firm grounding for one of the world’s most accomplished and influential biomedical researchers.

Collins told the story of performing a difficult procedure on a 27-year-old Nigerian man who he was treating for complications stemming from tuberculosis. Collins had traveled with his daughter, who was then a medical student, to spend time with her working in Nigeria. And the day after the procedure—which involved draining a dangerous build-up of fluid around the man’s heart—Collins went to visit the patient, who had improved considerably.

“I get the feeling you’re new here,” the patient told Collins.

Struggling to keep his composure, Collins admitted to the audience, “That little sentence still causes me to tear up.”

Collins confessed that while in the country, he was entertaining grandiose notions of helping to steer a massive turn-around of the Nigerian health care system. But what the patient was telling him was that his job was about working with one person at a time.

“That’s a lesson I carry with me in everything I do with global health,” Collins said. “Yes, have the big dreams. And as NIH director I get to do a lot of that. But also remember that the way they play out is one person at a time. And if you forget that, you really have lost the whole thread.”

The wide-ranging conversation with Collins touched on a number of issues and highlights from his career, which has included leading the groundbreaking effort to sequence the human genome and then serving as NIH director for the last 10 years—the longest anyone has held the position. A few other key insights from the session: