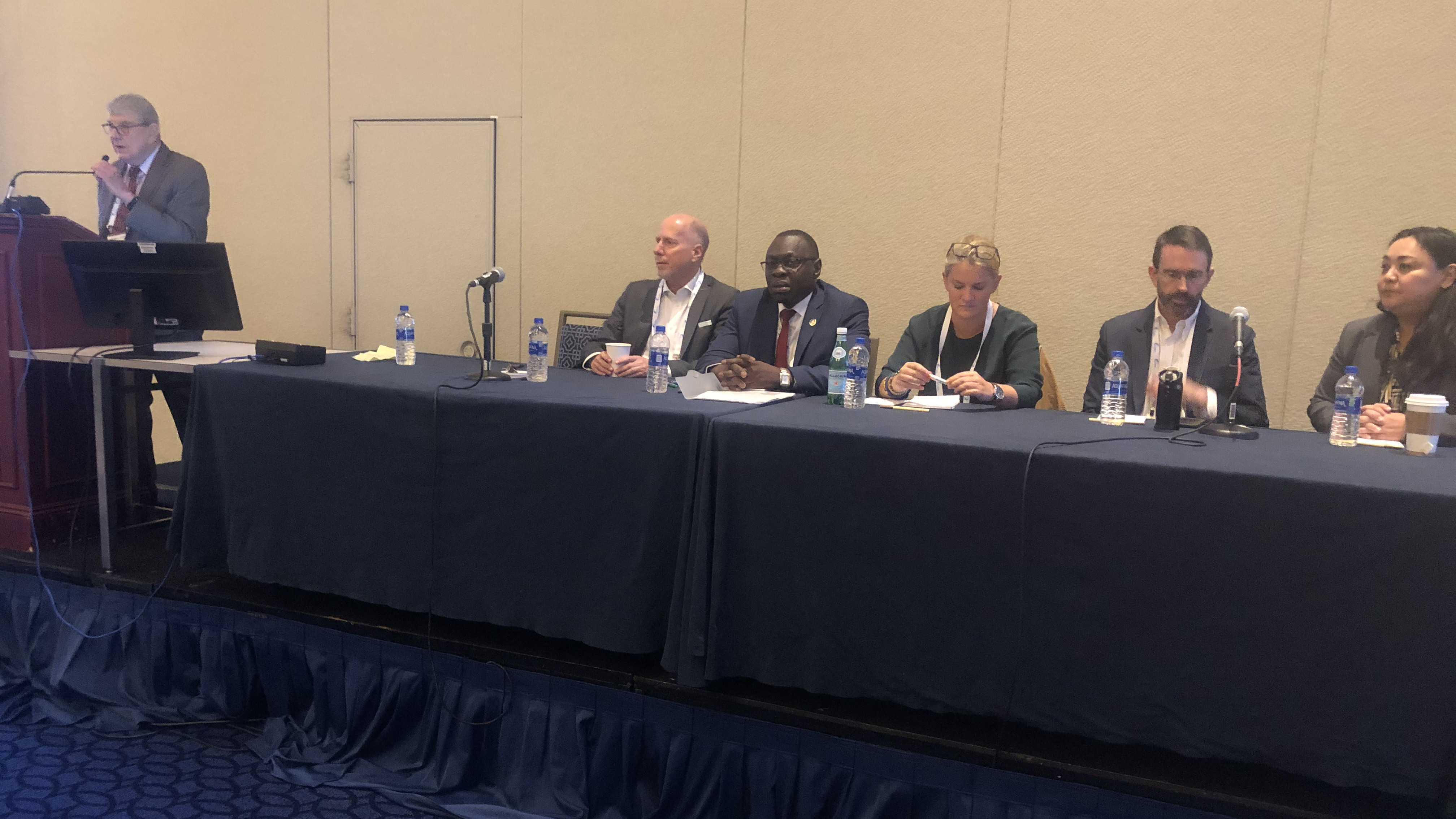 Chaos, fear, poor coordination, limited resources, unintentional neo-colonialism, violence against healthcare workers, getting the right interventions to the right people, poor community engagement—these were some of the challenges noted Thursday at TropMed19 by an all-star panel of Ebola experts reflecting on lessons learned from their frontline experience spanning more than 40 years of outbreak response.

“There was chaos, fear, people running away, so little known, by northern scientists and also by local people, who kept saying this is very different from yellow fever or typhus or influenza,” said ASTMH President-Elect Joel Breman of the National Institutes of Health Fogarty International Center (retired). He was part of the international team that in 1976 responded to infections with a mysterious, deadly virus in the Democratic Republic of Congo (then called Zaire) that is now recognized as the world’s first Ebola outbreak.

Between them they have been involved in virtually every Ebola outbreak of the last 40 years. And they began the session by recounting key challenges that have impeded efforts to control the disease.

Dr. Fall noted the high level of mistrust encountered over the last year in North Kivu in the DRC, most dramatically manifest, he said, “in over 370 attacks on healthcare workers where people were killed and injured.”

Dr. Roberts pointed to the challenge of how to deploy the new drugs, vaccines and diagnostics now available—“how to get the right interventions to the right people at the right time.”

Dr. Sprecher discussed the quandary of “trying to do what you need to do while doing what you have to do.” He was referring to the urgent demand to do things like “bury the dead, build an Ebola Treatment Unit” and trace contacts with infected people, which leaves no time for “building bridges of trust” with local communities.  And he said that tradeoff comes at a cost.

Dr. Bausch said that earlier in his career, he felt scientists responding to Ebola outbreaks arrived with “a little more of a colonial approach,” hitting the ground and expecting local authorities to immediately cede control. Now, he said, local authorities are rightly asserting much more control, though he said that raises issues regarding their capacity to manage the outbreak response.

Tulane’s Dr. Moses said the fact that there are so many responders “moving through on short deployments” intensifies the problem of getting “local buy-in” for their efforts.

Asked to identify what they might do differently in the future, the WHO’s Fall said he would focus on addressing local preparedness and knowledge so that at least there would be a basic understanding of the risks at hand. He said during the recent outbreak in the DRC, he was surprised to arrive at a local facility to find a doctor, nurse and Ebola patient gathered in the same room, seemingly unaware of the dangers they faced.

Dr. Bausch cited a need for social scientists to be part of the first wave of responders—and not to study the situation, but to provide options for more effectively engaging with local communities.

MSF’s Roberts said it’s important to work with healthcare staff in areas at risk of Ebola to recognize and report suspected cases, something she said was done in Uganda after an outbreak with related disease called Marburg in 2017.

Her colleague Sprecher provocatively noted that, in the future, he would “show up with a fistful of cash.” He was reflecting on his experience with a 2007 outbreak in Kasai in the DRC in which an early effort to hire local people to support the outbreak response “significantly reduced the rumors spreading around” and helped build significant trust between the community and international health workers.

Dr. Moses said she would look for more opportunities to seek support from local businesses, who have “resources on the ground” and are eager to help with the response, as they know the fate of the local economy depends on an effective response.

Asked whether they were optimistic or pessimistic about efforts to address future outbreaks, the panelists were generally optimistic. They noted the availability of new tools and better leadership emerging in the health sectors of sub-Saharan Africa. Sprecher qualified his optimism with a note of pessimism regarding a factor that he said made the West African outbreak and the recent outbreak in the DRC “really large.”

“These populations are very mobile now,” he said, “and they have access to transportation that allows them to take Ebola far from where it began.”