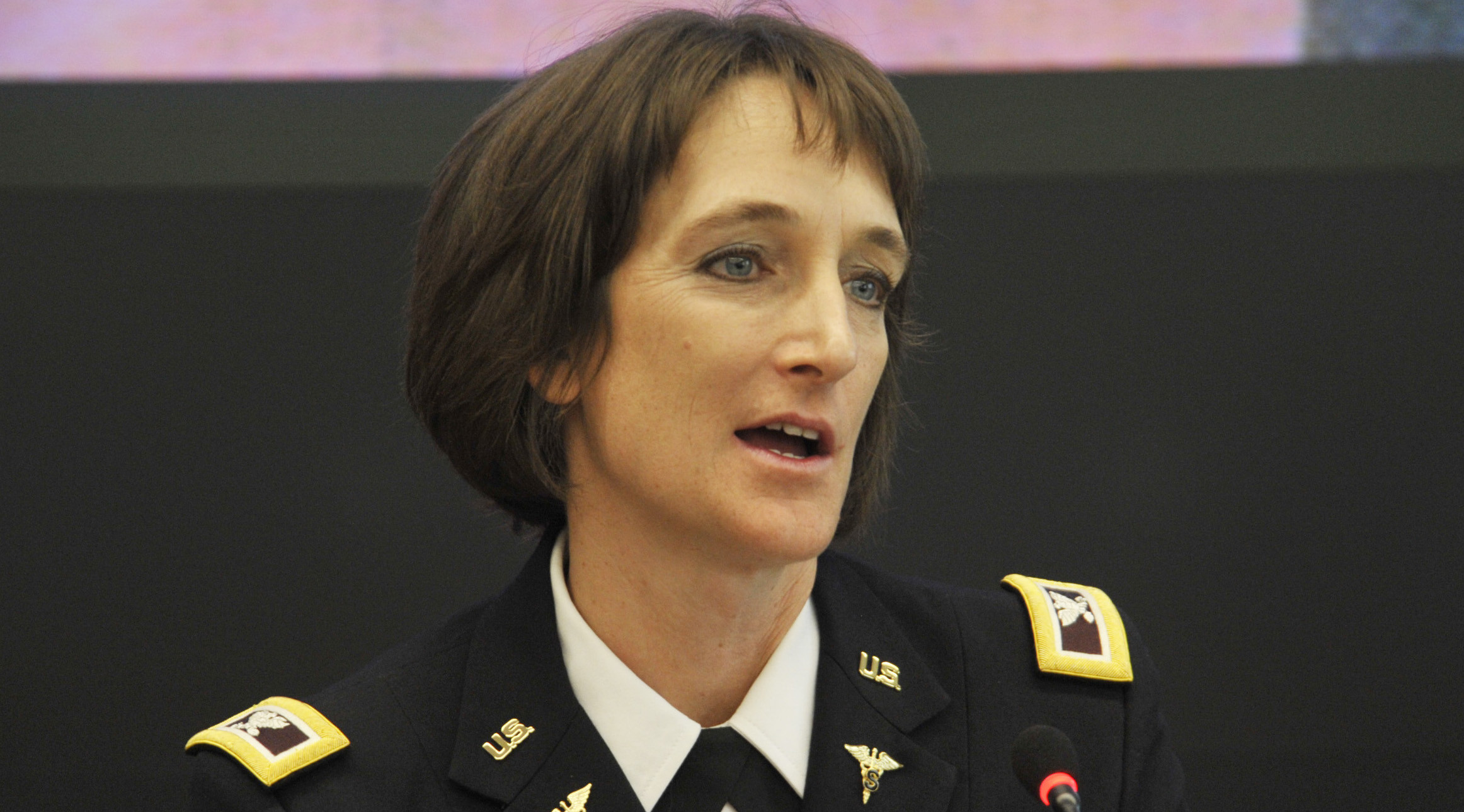 The Walter Reed Army Institute of Research (WRAIR), a pillar of tropical medicine that has been contributing significant insights and innovations to the global health community for more than 125 years, has a new commander, Colonel Deydre S. Teyhen. Prior to coming to WRAIR, Col. Teyhen was commander of the U.S. Army Health Clinic at Schofield Barracks on the island of Oahu, Hawaii and previously served as the Assistant Chief of Staff for Public Health in the U.S Office of the Surgeon General.

She sat down with science writer Matthew Davis during her time TropMed18 to talk about what drew her to WRAIR and what she hopes to accomplish with her latest mission.

WRAIR is a fairly specialized area of military service. What attracted you to this kind of work?

My background is in many ways more on the brain health side of medicine. But all of my work has been connected to a passion for protecting the top weapon system in the military, the US soldier, as they deploy to countries around the world.

Less than 24 percent of American youth qualify for service and less than one percent actually does serve. So working to protect them is an honor. And that means protecting the most important six inches on the battlefield, which is their brain, and also protecting the six microns that sit between the soldier and the threat of disease.

How do you explain the value of WRAIR’s mission?

Our soldiers are in 150 different countries every year and the diseases they may encounter are not something they have experienced in the United States. And that connects our soldiers’ health to the world’s health.

We also believe part of our mission is to help protect the world from the threat of infectious disease, because there is a strong connection between burden of disease and stability. If you look at the HIV research done as part of the PEPFAR (President's Emergency Plan For AIDS Relief) program, we have been able to show that by fighting diseases in Africa, more people are able to remain employed, which improves the economic stability of the family and the country. And that improves the political stability of the region.

If you think about malaria, there have been studies showing that in countries experiencing a high burden of malaria, the disease results in about a one percent decrease in gross domestic product.

I also believe WRAIR is a national treasure because of the foundation we have established over the last 125 years. We have research labs in 24 locations around the world. And because of that strong foundation, when Zika showed up, we were ready to respond. From the first sign of the Zika outbreak in Latin America to the first study in humans, that took only about nine months.

How do you maintain political support for a military unit that is focused on fighting infectious diseases?

The problem of preventive medicine in general is that if you prevent disease, it’s hard to demonstrate that you’re doing it. So being able to continually demonstrate the positive impact of fighting diseases is critical. We also try to help people understand that success requires maintaining a strong, consistent commitment to this kind of work.

Look at the fight against malaria and the story of tafenoquine (a new drug for treating and preventing the relapse of vivax malaria first synthesized at WRAIR in 1978). It took 40 years to develop and we are really proud it recently received FDA approval. That speaks to the need for having the political patience to fight diseases over the long-term.

How would you describe your experience at TropMed?

This is a phenomenal meeting and it's exciting to be able to connect with disease experts from all over the world. Because disruptive innovation comes through the collaborations and chance encounters that can occur at meetings like this. You get to have conversations with a person who may be looking at a problem through a different lens and that creates new ideas and new opportunities.

Also, since WRAIR has people in 24 locations around the world, this meeting is an opportunity to see everyone all in one place.

I took note in your biography that you and your husband are avid marathon runners and have run marathons in all 50 states and are aiming for all seven continents as well. How does your commitment to fitness inform your work?

I’m very passionate about holistic health and fitness. And I love just being outside in what I call blue therapy, which is open water swimming, and green therapy, which is running. It helps to really center the brain. I find solutions to problem seem to come much easier if I exercise. You can ask my staff. They see a significant increase in emails after I have finished a run or swim.