Why We’re Never Done Adapting: PMI and the Importance of Operational Research 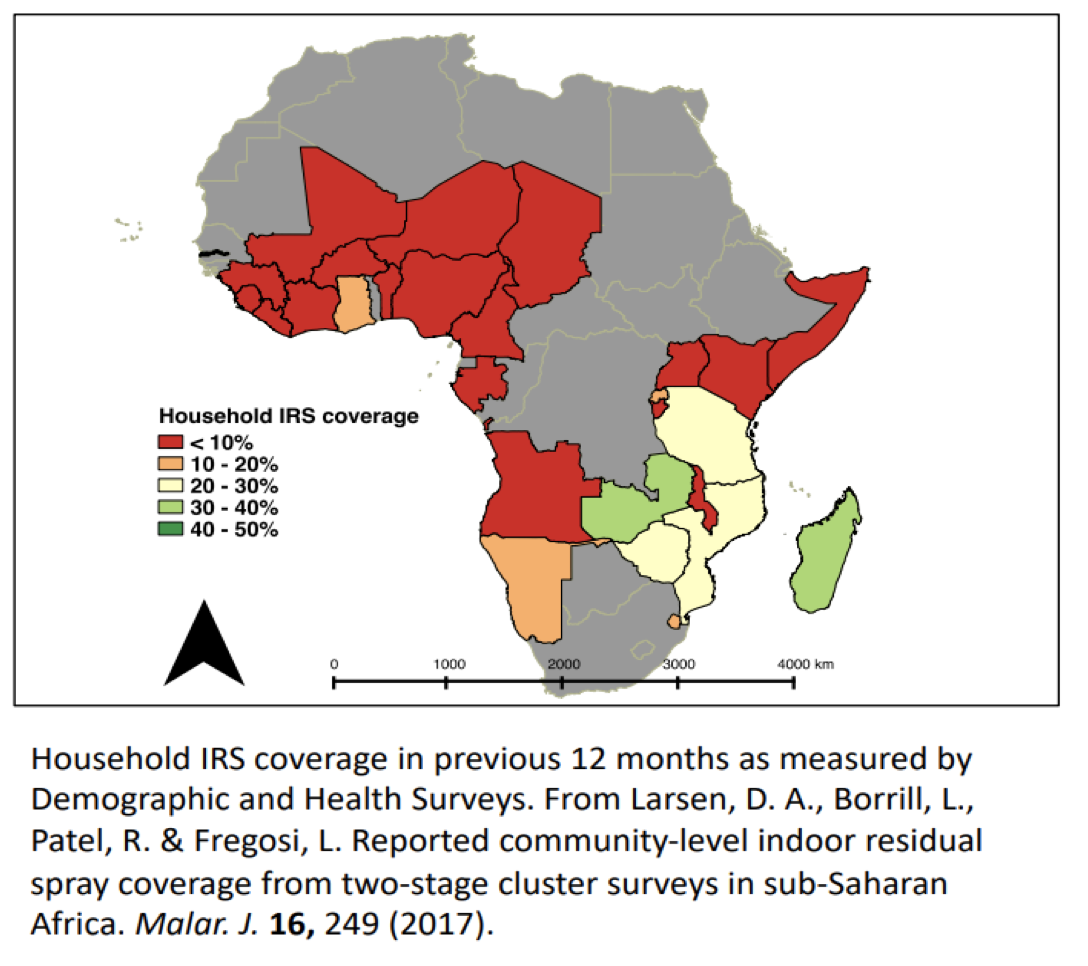 Operational research is critically important to the success of the U.S. President’s Malaria Initiative (PMI). PMI operates in 27 countries across sub-Saharan Africa and the Greater Mekong Subregion and often during the course of program implementation, unforeseen obstacles and new questions emerge.

To confront these challenges, and to try and outpace the ever-changing epidemiology of malaria, PMI supports operational research focused on how to improve uptake and scale-up of interventions; cost-effectively implement combinations of interventions; preserve the effectiveness of interventions in the face of insecticide and drug resistance; and measure the success and impact of interventions.

One example of the questions PMI face is related to indoor residual spraying (IRS). It is a powerful intervention in the fight against malaria, but its high cost prohibits most national malaria programs from achieving universal coverage in the areas where IRS is recommended in their national strategies (see figure). A difficult, but honest question we’re confronted with each year when funding PMI focus country programs is: If we cannot spray all houses at risk of malaria transmission, which houses should we spray? Or as researcher Dr. David Larsen of the University of Syracuse frames it, “With insufficient funding to spray all houses, the cost of spraying any house carries an opportunity cost of not spraying a different house.” So how do we choose?

In Zambia, IRS has typically been implemented over large areas, e.g., district-wide, and targeted to peri-urban areas. The available funding has been sufficient to spray around 50% of the houses in the eastern half of the country. However, the country’s increased emphasis on universal coverage of long-lasting insecticidal nets and effective insecticide resistance management has spurred a desire to shift towards a more strategic and targeted approach for IRS resources. To explore the feasibility of doing so, PMI, in collaboration with the National Malaria Elimination Centre, recently commissioned a comparison-control trial to evaluate different prioritization strategies. A true targeted approach would deliver IRS to sub-district areas identified as high-risk, with the goal of maximizing the prevention of malaria cases and deaths.

In 2017, six districts were divided into three groups, with each receiving a different IRS prioritization methodology for IRS operations:

● Group A received a geographic concentration strategy wherein all structures within a geographic area were targeted for IRS. This method (blanket spraying) aims for heavy saturation of IRS without spatial gaps and is most similar to standard IRS deployment in sub-Saharan Africa.

● Group B used health facility incidence data from the health management information system to estimate malaria burden in each catchment area and prioritize houses according to incidence at the nearest facility.

● Group C used a strategy of ecological targeting to allocate IRS based on predicted probability of Anopheles funestus as developed by the Malaria Atlas Project.

Though the study only recently concluded, initial results are promising. Data shows that using ecological risk to prioritize communities for IRS appears to be better than concentrating IRS within geographic areas. This could have dramatic impact on how PMI allocates resources for IRS and beyond. To find out more about the study visit: Poster 1166 “Results from a comparison-control trial examining different targeting strategies for IRS Zambia 2017”.