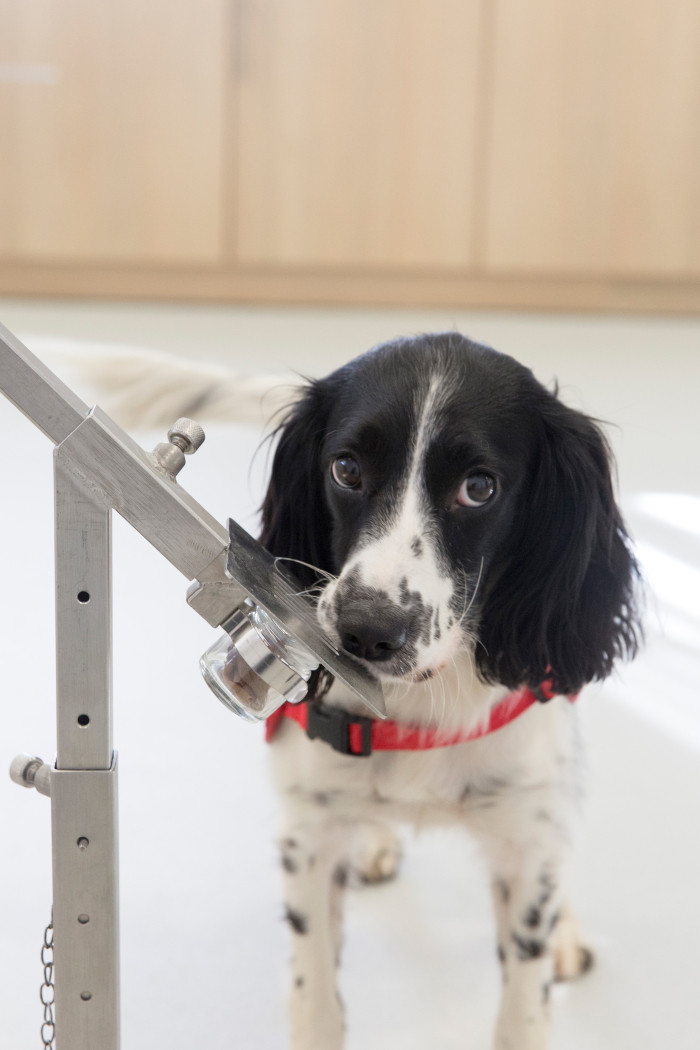 This blog was written by Kristina Burrack of the University of Minnesota, an early-career attendee to TropMed18 and guest blogger.

Dogs have a highly developed sense of smell and are used to detect high and low blood sugar levels in people with diabetes. People infected with malaria parasites produce odors in their breath and compounds in their blood that are detected by mosquitoes. So, can dogs identify malaria-infected people?

That was the question a group of scientists led by Steven Lindsay, a public health entomologist at in the Department of Biosciences at Durham University in the United Kingdom, sought to answer Monday at TropMed18 as Lindsay presented the results from a new study that is assessing the capacity of dogs to help diagnose malaria.

To test this hypothesis, children in a region of Africa where malaria is prevalent were given nylon socks to wear overnight. The socks were then shipped to a laboratory in the UK. Blood samples from the children were analyzed for the presence of malaria parasites using two methods. Two dogs were trained over the course of 19 or 24 weeks to identify malaria odors and then presented with samples from the socks. The study was double-blinded, so the trainer did not know which samples were infected and a computer algorithm randomized the samples.

Both dogs correctly ignored 90% of the socks from uninfected children, and they correctly identified 70% of the socks from malaria-infected children. Interestingly, the socks that were not identified by the dogs came from children with very low parasite loads, suggesting that there is a limit to a dog’s sense of smell for malaria parasites. In the future, the researchers would like to confirm that their malaria detection dogs can identify infected people – rather than socks.