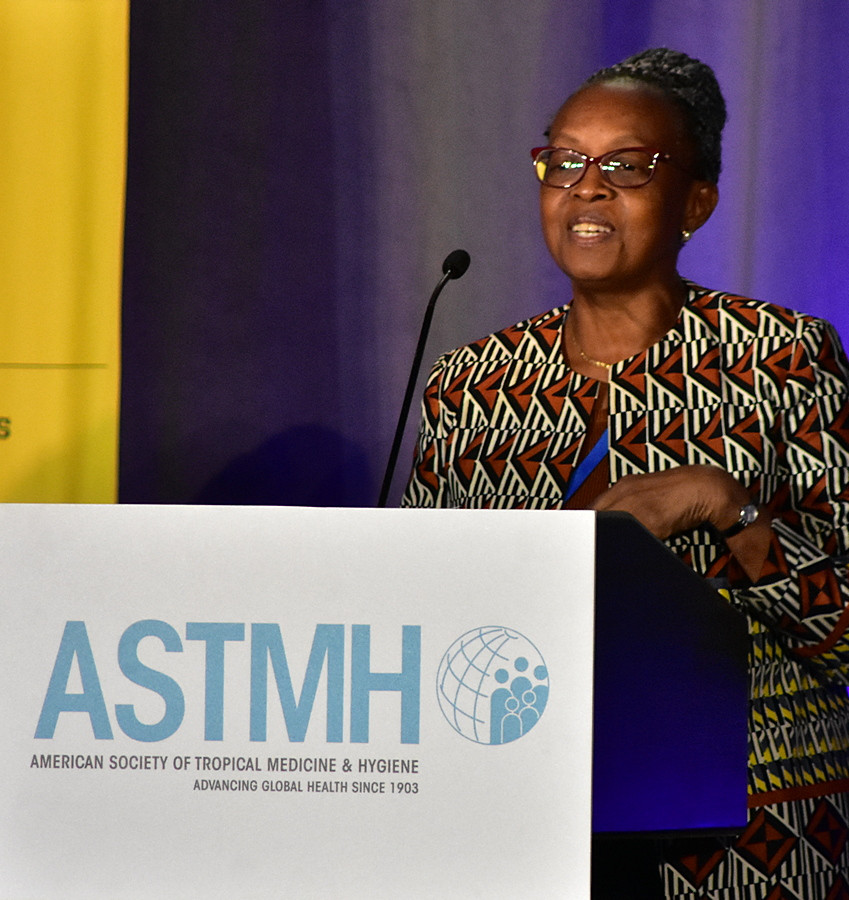 Confronting gender inequities in global health that leave women far more susceptible than men to everything from Ebola and HIV to the newly emerging epidemic of chronic diseases requires going “way beyond the health sector” to deal with “fundamental” power differences between men and women in society today.

That was the bracing message Sunday night from Dr. Matshidiso Moeti, the World Health Organization’s Regional Director for Africa, who opened #TropMed18 in New Orleans Sunday night before an overflow audience indicative of the meeting’s record-setting attendance of close to 5,000 people.

Dr. Moeti said she wanted to use the opportunity before such a concentrated constituency of public health advocates—though she said she “did not realize there were going to be 5,000 of you!”—to focus on the ubiquitous role of gender in health outcomes, particularly in Africa, and how little attention it receives relative to its impact.

Dr. Moeti, who is leading the fight for universal healthcare in Africa, then clearly and steadily offered multiple examples of why the fight for health equity in the developing world is bound tightly to the fight for gender equity.

The examples included the disease that was such a major issue the last time ASTMH gathered in New Orleans, and is back in the headlines today: Ebola. Dr. Moeti, closely involved with the massive effort to contain the disease’s spread in the Democratic Republic of the Congo, said that even with all of the attention given to Ebola outbreaks, the fact the risks are much higher for women—and for social, not biological reasons—has not received prominent attention.

Dr. Moeti said that because women are typically the primary caregiver for the sick, “they are the first to be exposed.” That risk imbalance also extends to hospitals, she said, where women employees outnumber men, and to burial rituals, a major risk of exposure that also tends to fall to women. She said that women have further suffered during Ebola outbreaks due to a fear of infections during child births, which has meant many pregnant women “were not attended to” and maternal deaths rose as well.

Dr. Moeti also pointed to the striking gender disparities that continue to persist around HIV/AIDS: In the Africa region in 2017, more than twice as many young women age 15 to 24 years old were infected with HIV than men. Dr. Moeti said a key risk factor is that women lack the agency to “say no when they don’t want to have sexual relations.”

Dr. Moeti also wants to see a close assessment of gender-related risks as health officials allocate resources for fighting “the newly emerging epidemic of chronic diseases” in Africa. For example, Dr. Moeti said that in Africa, women suffer approximately 500,000 cases of cervical cancer every year that result in 311,000 deaths. And she noted unequal access to health services that make it harder for women to undergo regular cervical screening is likely a contributor to that high fatality rate.

Dr. Moeti believes one way to address such gender disparity is to elevate more of the many women who already work as health professionals to prominent and influential positions.

“It does make a difference when we have women in a leadership role,” she said. “They can be a huge force for change.”